In the rapidly changing urban landscapes of Jaffna and Lahore, the social and public space of cinema halls are recognisable for their longevity and resilience amid insurgency, war, and infrastructural breakdown. Scratches on Celluloid explores such urban cinemas as symbols of state-enforced amnesia and collective attempts to remember.

Between 1983 and 2009, Sri Lanka endured a protracted civil war between the Government and the LTTE (Liberation Tigers of Tamil Eelam) centred on the group’s demand for a separate Tamil state. In Jaffna, the largest city in the Tamil-majority North, cinemas became places of political significance. Government embargoes forced larger spaces to close, making way for “mini theatres”, providing cinemagoers escape from war and the social segregations of caste and class. In Pakistan, film and cinema-going have been the subject of fierce debate. Countrywide riots in 2012 destroyed dozens of inner-city cinemas, while new multiplex cinemas in gated developments widen economic divisions. Ever since the closure of the last domestic celluloid processing lab, Punjabi films have struggled to switch to digital technologies. The remaining repertoire of celluloid films circulate between the three remaining analogue cinemas in Lahore.

The similar stories heard in cinema halls in Lahore and Jaffna contrast with a wider history of institutional and military collaboration between the Pakistani and Sri Lankan governments. Conducted through extensive ethnographic research in Jaffna and Lahore the film seeks to contribute to an understanding of how belonging and exclusion are forged in the built heritage of urban cinemas.

The Storehouses of the World (Timothy P.A Cooper and Abeera Arif-Bashir, 26minutes, 2018)

An audiocassette recorded decades ago deep among the crowd at a ritual mourning procession continues to circulate in the neighbourhood in which was first made. The Storehouses of the World is a story of recording, retrieval, and resilience, of the entanglement of capacious media technologies and the public piety of the minority Shia population in Lahore. The film attempts to outline a social history of recording – of both religious and secular media-, showing how such precious keepsakes expand beyond their platforms and preserve far more than their creators intended. 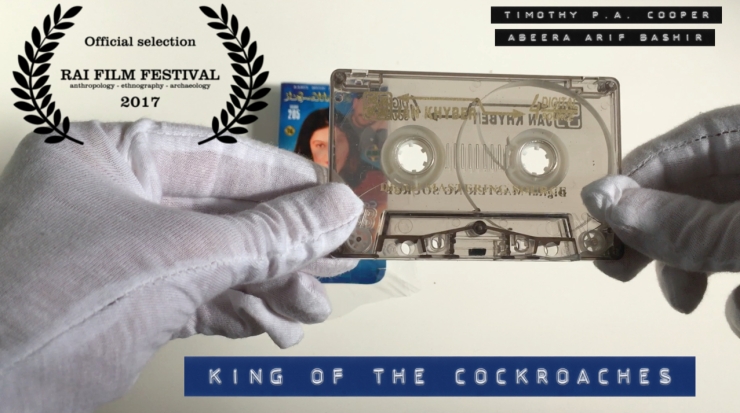 Despite a rich and vibrant film tradition that flourished from the 1960s to the early 1980s, today Pakistan is remarkable for the ways in which a climate of cinephobia limits and defines the circulation of films. The accelerating absence of cinemas, the lack of a state film archive, and the shift to private consumption has led to media bazaars in Pakistan dealing in the dissemination of faulty images, preserving them not by altering the quality but by bringing them into the marketplace for public consumption. As such, the degraded surfaces of these mass-copied films – the glitches, scanlines, errors, and coding artifacts – rather than the filmmaker’s imprint, reveal the material culture and social life of film consumption. The King of the Cockroaches studies the informal infrastructures, practices, technologies and institutions that, in the absence of a national film archive, have kept Pakistani film heritage alive. Looking to both the material infrastructure for cinema distribution and the conditions of its circulation, the film is a found-footage journey through orphaned VHS master copies, grey-market VCDs, and lossy YouTube transfers, celebrating the indestructible archive of Pakistani cinema.

Proposing a new archaeology of the film image, the film explores the processes of distribution that repurpose and remediate the surface of the image. This material culture registers the circulatory dynamics of Pakistani film, revealing how these things move, what drives them, and how they are changing along the way. 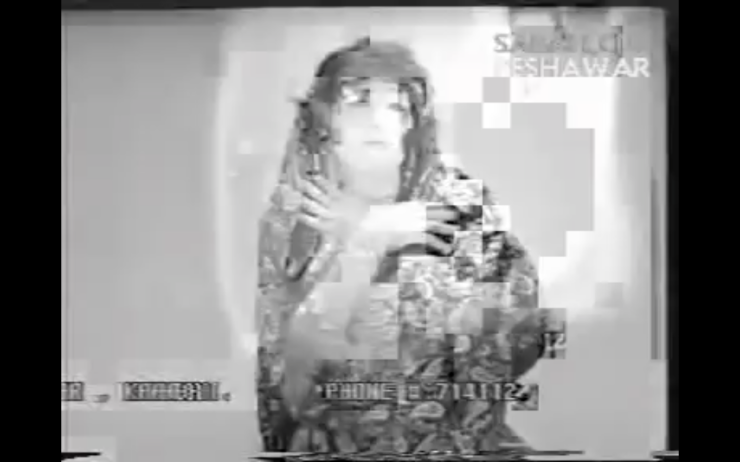 Inspired by the Victorian parlour game Consequences and its subsequent evolution into Picture Consequences and the surrealist Exquisite Corpse, the filmmakers construct a view of contemporary Pakistan from inside a car travelling consecutively through Peshawar, Islamabad, and Lahore. These ‘rainy-day games’, originally designed to be enjoyed inside, demand the players write or draw on a sheet of paper, fold it to hide their contribution, and then pass it to the next in the chain. When the page is revealed in its entirety the aim is for it to provoke surprise or amusement through the collaborative disorientation of form and function. What for the Surrealists was part of a practice of dismembering anatomies becomes reflective of a political reality in chaotic and fragmentary Pakistan. The contributions are triggered by frozen images from a series of journeys and emerge from a number of stories by, or about, some of the leading female figures of Sufism. Sufism, the mystical sect of Islam that spans the Indian subcontinent, is characterised by the wayfarers, the ‘God-Intoxicated‘, whose profound devotion resembles a state of utter disorientation.

When a dejected Londoner, The Rioter, attempts to satisfy his primal needs and assert his basic rights, he is met with denial and punishment from an unseen authority. His small, screen-bound world is controlled through camera movement, re-framing and subtle alterations in the objects around him from one shot to the next, and disobedience plunges him into the trauma of regressive formats such as Super8, mobile phone footage, stop motion, videotape, DV, hand-cranked 35mm and stills. The Rioter must either humiliate himself for the camera, or forfeit its attention – unless he can find a way to act without incurring punishment.